2018 has been an exciting and busy year for COMIX! The year started with a sponsored trip to New Orleans, home of the Mardi Gras, and finished with a highly successful screening hosted by the great team at Wizard World. It was a fun weekend filled with making tons of new friends, meeting really talented artists, and connecting with the fans.

This being my first time to New Orleans, I loved the southern hospitality. Seriously, everyone was super nice and sincere. Good music, great food, a perfection combination. We began our New Orleans experience with chicory coffee and tasty beignets at Café Du Monde, a tradition since 1862. Those of you who know me know that I eat peanut butter almost every day. When a fan told us about the peanut butter burger at Port St Peter (formerly known as Yo’ Mama), a dive bar off of Bourbon Street, it was a no-brainer. We were there! This burger did not disappoint. It was out of this world! 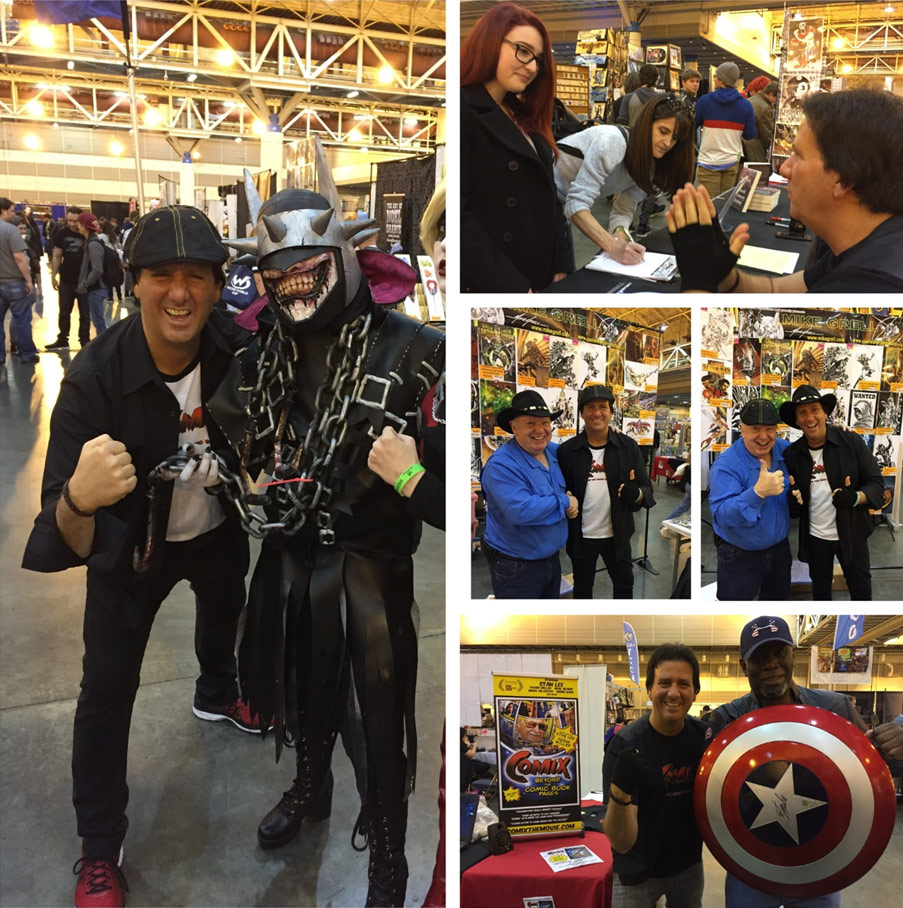 COMIX entered the library circuit in July and kicked it off with a screening at the Santa Monica Library followed by a Q&A with a special appearance by the film’s music composer, Michael Crane. We are proud to share that the movie is now in many public libraries across the country. If COMIX is not in your local public library, please ask for it. 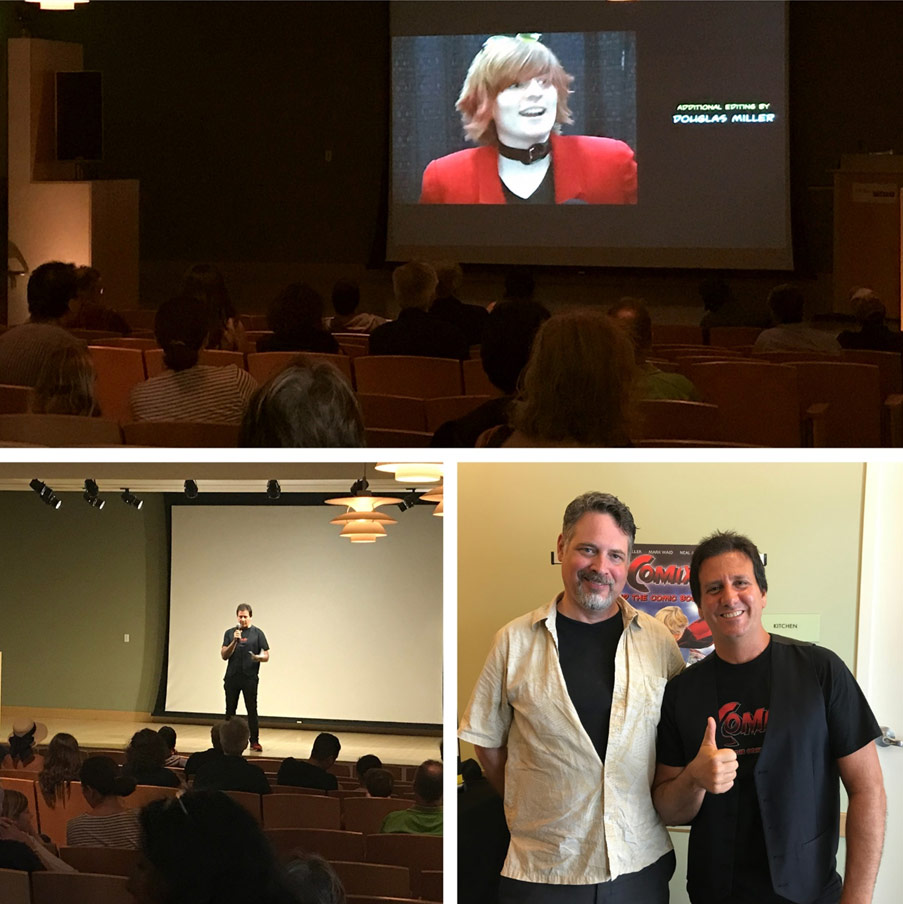 In August, COMIX got its first PBS broadcast airing on Pittsburgh’s own WQED, home of the TV show Mr. Roger’s Neighborhood. It was a thrill to tape the COMIX pledge breaks at the same station as the legendary show that ran for over 33 years and impacted so many people, including me. I am so thankful to WQED who took such good care of me and aired COMIX multiple times. 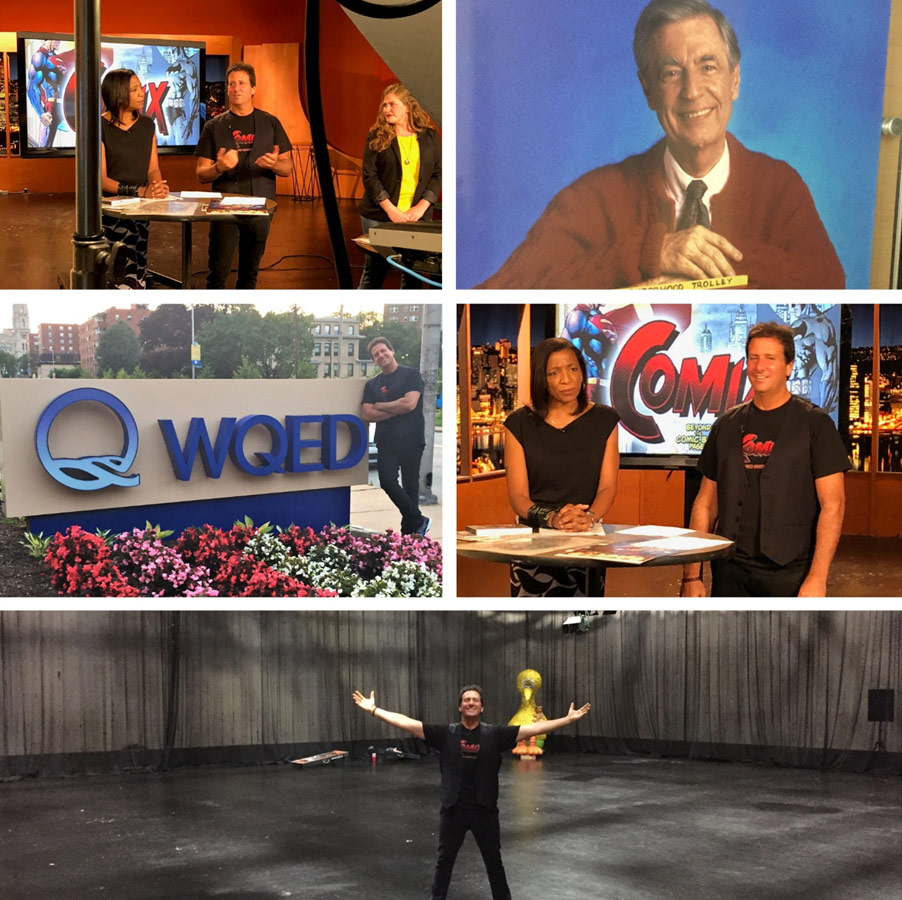 COMIX was invited to Salt Lake City to be screened at FAN X Comic Con in September. FAN X is Utah’s most attended pop culture convention and was held at the Salt Lake Palace with over 120,000 passionate fans in attendance. Formerly known as Salt Lake City Comic Con, they had to change their name due to a cease and desist by San Diego Comic Con for the rights to use the name Comic Con. The screening was another success and we met many new fans who really enjoyed the film. The staff and volunteers were the best of any show we have attended and we’re hoping to go back next year.

In other news, COMIX was picked up by the online digital platform Starz Network.

2018 has also spawned more creativity and the desire to tell more behind-the-scene stories for ardent comic book fans and beyond. We have been working hard with a talented crew shooting new footage and editing together an exciting trailer for a short form docu-series that is currently being pitched to cable networks and possible SVOD platforms. This new docu-series tentatively entitled Comic Books and Beyond picks up where COMIX left off and continues what we started with the expansion to areas including video games, sci-fi, animation, and other pop culture phenomenon.

This year I discovered one of my favorite new comic book series, Dark Horse’s SAGA, an epic space opera/fantasy story which is written by Brian K. Vaughan, and beautifully illustrated by the great Fiona Staples. It is like Star Wars meets Game of Thrones!

As this year continues to unfold, I hope you take the time to read even more, especially comic book stories that transport you to distant places, that allow meet-ups of heroism and mind-blowing conflict,that bring you to the ultimate high all for the love of a good story. Keep the medium alive. Support your local comic book store. To Comic Books and Beyond!