Can we get a drum roll, please? COMIX the two-disc DVD is coming on July 19!

We wanted the DVD to be really special for the fans, so we included a BONUS disc that includes extended scenes, out-takes, and complete hour-long interviews with Stan Lee and Frank Miller. Yep, that’s FOUR hours of Bonus material exclusively available only in this two-disc set, including the entire Stan Lee, and Frank Miller interviews as well as bonus features that did not make the final film. Also included is a 8-page mini comic book I co-created with Paul Limgenco and Jullian Aquino. As I am writing this, I am having an out-of-body experience. I first started this project wanting to create a comic book and BAM, there it is! Stay tuned to find out where you can get your own copy. 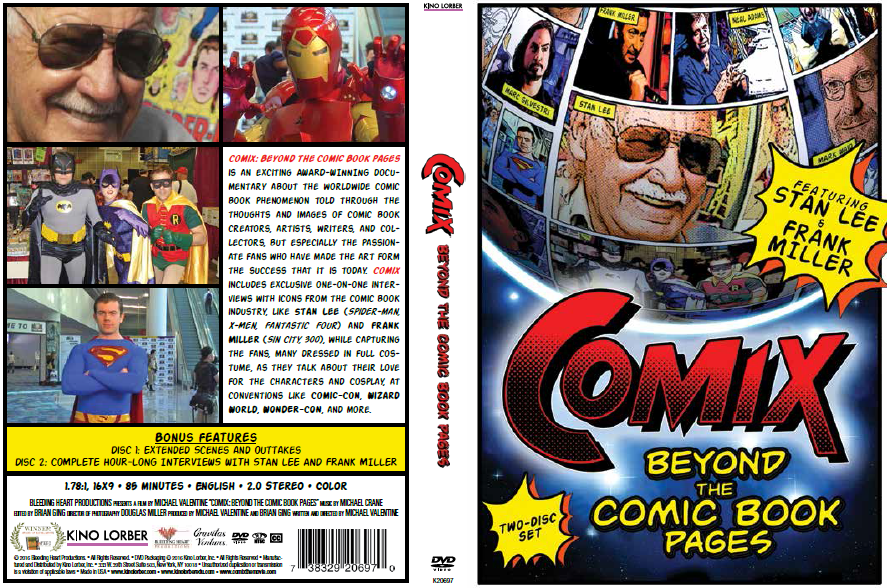 It has been a while since my last post and things have been heating up! As you can see from my last post, COMIX: Beyond the Comic Book Pages was released on demand in February and very soon, the two-disc DVD will be released.

Last year, I signed a distribution deal with Gravitas Ventures, the distribution arm that is coordinating domestic and international distribution for the film. After all the time and effort to making COMIX, It was so important for me to work with a distribution company that could see the vision and direction for this film and all the possibilities. Gravitas is a perfecy fit. Because of their efforts, COMIX is now available nationwide and internationally, on cable providers like Time Warner, Dish, and Comcast, and on iTunes USA | iTunes Canada | Vudu | Google Play | YouTube | Amazon Video | Microsoft | PlayStation Network.

Along the way, we have been getting some positive press, like AXS Examiner, The Geek Speak Show, and First Comics News.

I always envisioned COMIX on the BIG screen, in theaters, and transforming these screenings into events where the movie could be shown along with contests, giveaways, and special guests. After months of trying to organize my own screenings, getting theater rental rates in various towns, and trying to promote all out of my own pocket, I discovered Tugg. Tugg is a web-based platform that brings COMIX to just about any town in the nation. It is a great platform for this film because anyone from fans to organizations can become hosts and have their own screening, in their own towns, where the host picks a theater, date, and time, and once approved, can begin to reserve tickets. Check out https://www.tugg.com/titles/comix. 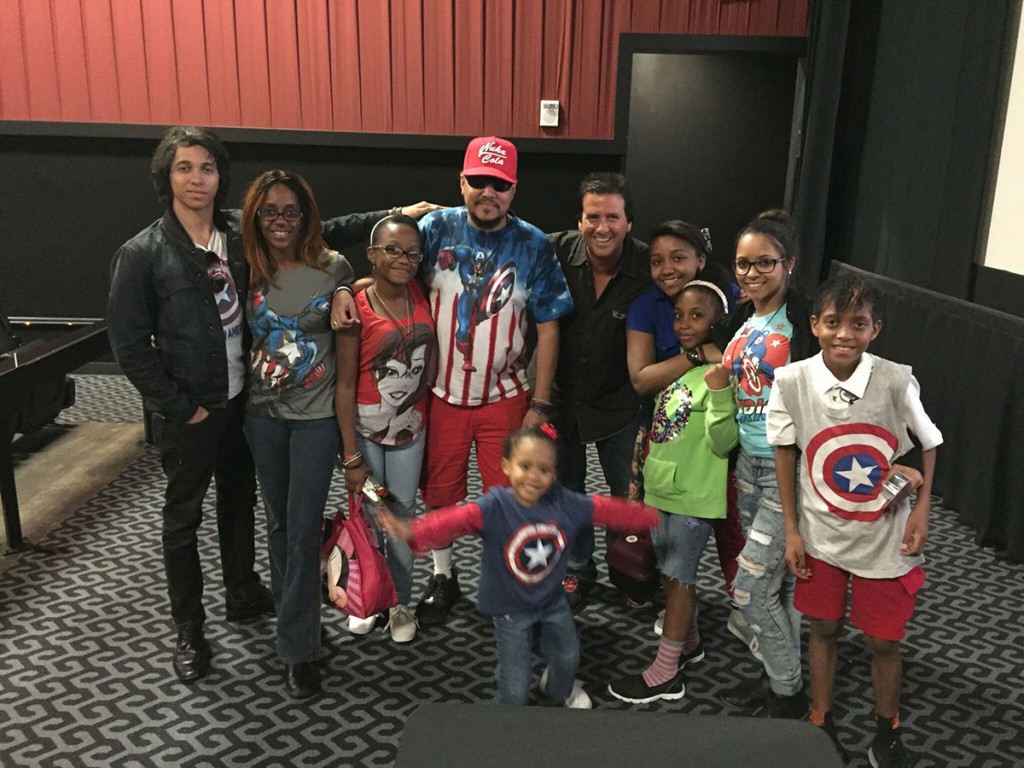 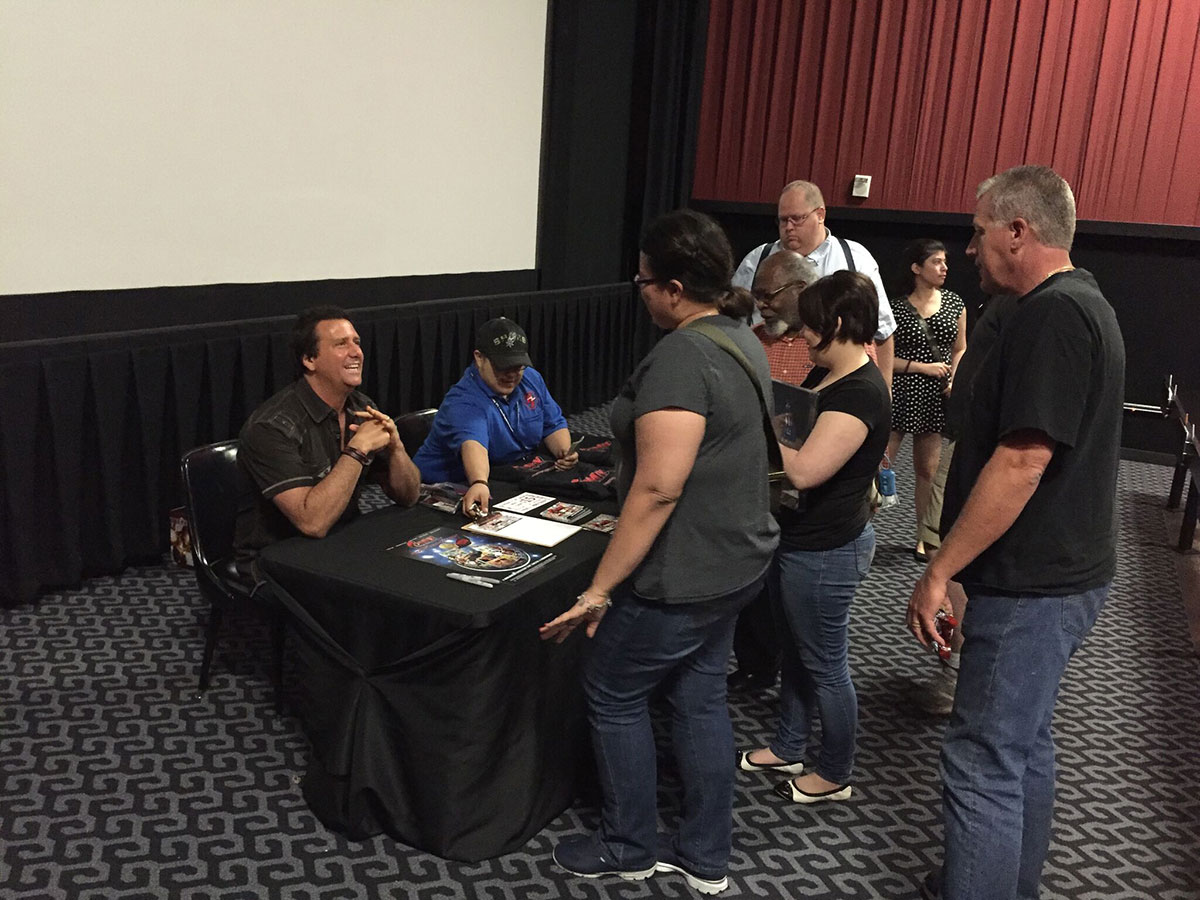 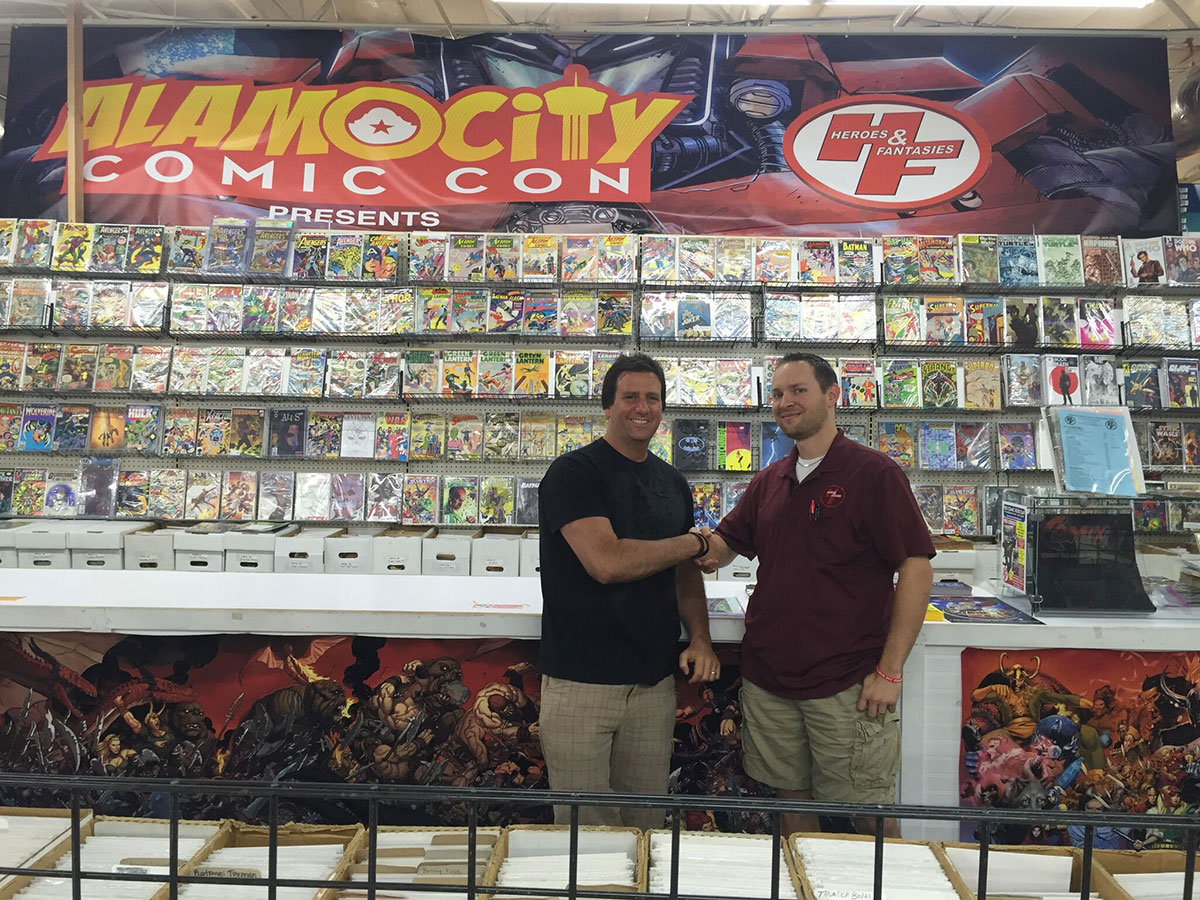 We have the honor to partner with comic book organizations like Cartoon Art Museum and comic book stores like Heroes and Fantasies in San Antonio and Sci Fi Center in Vegas, as well as Orlando, Muncie, and more. My big thanks to Adam Conley at Heroes and Fantasies and William Powell at The Sci Fi Center Vegas for hosting some terrific screenings. We also had a very cool screening hosted by Aw Yeah Comics in Muncie where the super awesome Mark Waid did a Q&A afterward the screening of the film. We are also working on screenings at some upcoming conventions like Wizard World and Big Apple Con.

It was always my goal to make a movie that inspires and brings out the best qualities in all of us. I hope that we’ve done just that. The journey I took making this film taught me so much, from the filmmaking process to collaboration. The biggest lesson is to never give up, and that by believing in yourself, you can accomplish anything. I am so thankful for all these amazing opportunities that have happened, that are happening now, and for those to come.